It is important to identify the pest that you are dealing with before beginning any pest management plan. Cockroaches can spread diseases and contaminate foods. Many insects look very similar to cockroaches, but this article will help you distinguish between them and other less harmful species.

Proper identification is important because different pests require different management strategies. The six kinds of insects that appear to be roaches can help you make informed decisions about controlling them. These new facts will make it easier for you to tackle any pesky bugs that may have infested the area.

Science Editor Rae Osborn has Honors Bachelor of Science degrees (Zoology and Entomology) and a Master of Science (Entomology) from the University of Natal. A PhD in Quantitative Biochemistry from the University of Texas at Arlington where she did her research in Entomology, she is also a University of Texas at Arlington Professor. Learn more about our contributors at Sources Miller and Renee (n.d.). Bugs & Insects that Look Like Cockroaches. Hunker. Retrieved from https://www.hunker.com/13405790/bugs-insects-that-look-like-cockroaches.

Waterbugs vs Cockroaches: How To Tell The Difference. Aerex Pest Control. Retrieved from https://aerex.com/blog/waterbugs-vs-cockroaches-how-to-tell-the-difference/.

Is it a Bed Bug, Cockroach, or Carpet Beetle? NYC Health. Retrieved from https://www1.nyc.gov/assets/doh/downloads/pdf/bedbugs/is-it-a-bedbug.pdf.

While many insects look similar to cockroaches they actually are quite different. Do you remember turning on the lights at night to see something crawling along the ceiling or up the walls? What was that? A cockroach, you thought? Just the thought of these nasty insects makes most people's skin crawl.

You might have been bitten by a different bug. But how can you be sure? If it was a roach, you want to call an exterminator quickly to avoid an infestation, but what if it was a bug that looks very similar to the cockroach?

Bugs belong outdoors, not inside your home. There is no other insect that has earned a bad reputation as an invasive pest than the dirty-cockroach. There are over 4500 species of roaches, according to scientists. You might be thankful to find out that only 30 species are considered invasive.

Four roaches are common in America. Most people are familiar with the American cockroach. Next is the European counterpart, the German-cockroach. These prolific species are the most likely to invade homes and businesses. In the southern parts of the U.S., Australian cockroaches are a common nuisance. Finally, the Oriental Cockroach lives in close proximity to water and sewer lines.

Most entomologists believe that roaches may be one of the earliest forms of life on the earth. There is a possibility that their common progenitors predated humans by millions. Anthropologists and archeologists found cave wall drawings that look like roaches in primitive drawings. These insects are known to have spread disease through the centuries and have infected food.

Blattodea is the Latin name for Cockroaches. It's so hostile to light that it can be mistakenly called a "roach". There are similarities but there are also many differences between these two pests.

How can you tell if that creepy crawler that skivvied up your wall was a cockroach or another pest? You can easily identify the differences by learning a few things about common pests. Invasive bugs can be a problem and a health risk, so they must be eliminated.

Is It A Palmetto Bug?

University of Central Florida There's nothing like enjoying the warmth and beauty of the Sunshine State. You must also share your natural beauty with other insects such as the palmetto insect. It doesn't matter if your neighbour thinks you can identify a mosquito, or if you feel confident that it's a cockroach.

Palmetto bug can be described as an American and Florida cockroach that lives in the beautiful state of Florida. The nickname was given to them because they like to hide under palmetto trees during the day.

In South Carolina, these bugs are so prevalent that they jokingly call them the "state bird." A lot of people think palmetto bugs look like cockroaches. Yes, palmetto bugs are quite large. They fly, which is a noticeable distinction between them and other roaches. A flying roach is the worst thing that could happen to a roach.

A few differences exist between the standard cockroaches and the palmetto, including their wings that flutter, and the clicking sound they make. Some roaches, like the Madagascar hissing cockroach will hiss at you. However, these bugs that you come across in America aren’t nearly as vocal. You're probably familiar with palmetto bugs if you reside in the south.

One good thing about the palmetto problem is that it can be brought to your home by one individual. However, this doesn't mean you will see an American cockroach. The palmetto can travel by itself, while you might only see one American or German-roach.

You can identify cockroaches in your house by learning their habits and characteristics. They can spread a variety of diseases, and cockroaches are able to quickly multiply. Though many think they might have a infestation of cockroaches it may be another type of bug that is passing through in the spring.

Your porch light can be used to attract many other types of insects as well as the traditional palmetto bug. The good news about most insects that look like roaches is that they aren’t nearly as deadly to you except for the water bugs. To get rid of the intruders and other insects, a professional exterminator is your best option.

Mice and ant elimination in Demarest.

Bug infestations are a major problem you need to address quickly. This will reduce their ability to reproduce and lay eggs. Before you can formulate a strategy of attack, it is important to identify what kind of insect you are dealing with. There have been several instances where the pest identification was misinterpreted.

Confusing cockroaches for other pests and setting up bug bombs that are cockroach-specific will not help the situation. Pesticides contained in these bombs for cockroaches usually are not effective against other pests.

The common bug that looks like cockroaches are the crickets and the water bugs.

Below, we have divided the cockroach-like lookalikes into 2 categories: crawlers & fliers. I then detailed each one and gave tips on how to spot a cockroach.

They are similar in size to cockroaches but have much darker skin. Many crickets appear almost entirely black. They also emit a distinct, constant chirping sound, which is quite different from roaches.

Giant Water Bugs Giant water bugs are easily confused with cockroaches, compounded by the fact that, in some regions, roaches are mistakenly called water bugs. True water bugs, however, are their own species, despite sharing similar sizes and colors to cockroaches.

The two main differences are habitat and size. Water bugs live near water sources, such as ponds. However, roaches are more comfortable in dank basements and sewers.

They are often found clutching at screens or running towards windows while flying. Their overall appearance is more stocky than that of a cockroach, with their backs being higher and rounder than the average cockroach.

Asian Longhorned Beetle It is curious that these bugs are sometimes confused with cockroaches, as they have their own distinctive look. The color is dark with prominent and irregularly colored white spots. These antennas can wrap completely around the body and appear to be extremely long.

See also  How To Get Roaches Out Of Your Car

The cockroaches are often mistaken for water bugs, June bugs and Asian longhorned insects. It is possible to mistake tailless whips scorpions and crab spiders for a common cockroach. Many people mistake cockroaches for termites, palmetto bugs, or crickets. In the nymph stage, adult bed bugs look a lot like cockroaches.

Look closely at the bug's shape, coloring, and length of its antennae. Cockroaches have thin, long antennae that are shorter than the length of their body. Their colors are red, black or brown. Although cockroaches like water, they don't live in water, and they're not active fliers.

Is it possible to mistake bugs for mosquitoes?

How can you determine if a bug or roach is real?

You need to know how to identify if it's beetle- or cockroach-like. First of all, cockroaches usually have longer antennae and legs that beetles. Further, their wings come in two sets, one top and one bottom, just like the beetles. They are also leathery at the top unlike beetles, who are harder.

How Do Palmetto Bugs Get In The House?

Why am I suddenly seeing roaches in my house?

Most of the time, when someone "suddenly" sees a cockroach, it's not quite as sudden as it seems. This means that the cockroaches have probably lived in the house for several weeks and your sightings are more luck-related than any other factor. You might have moved the items they were hiding under over the past few weeks. 15 May 2019. 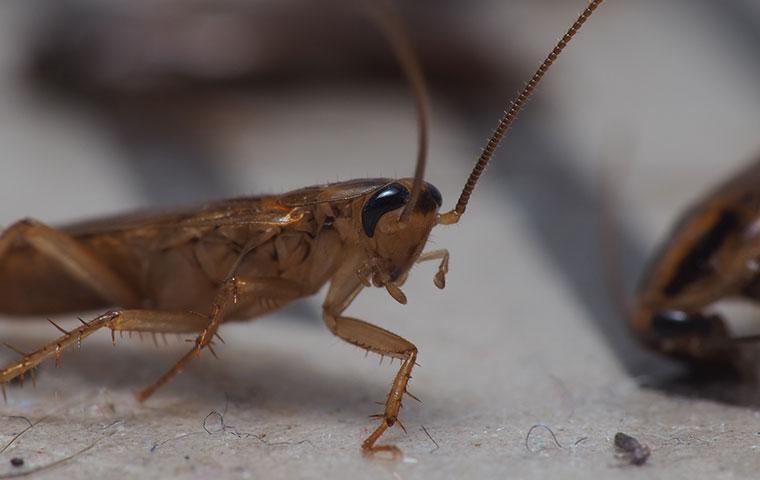 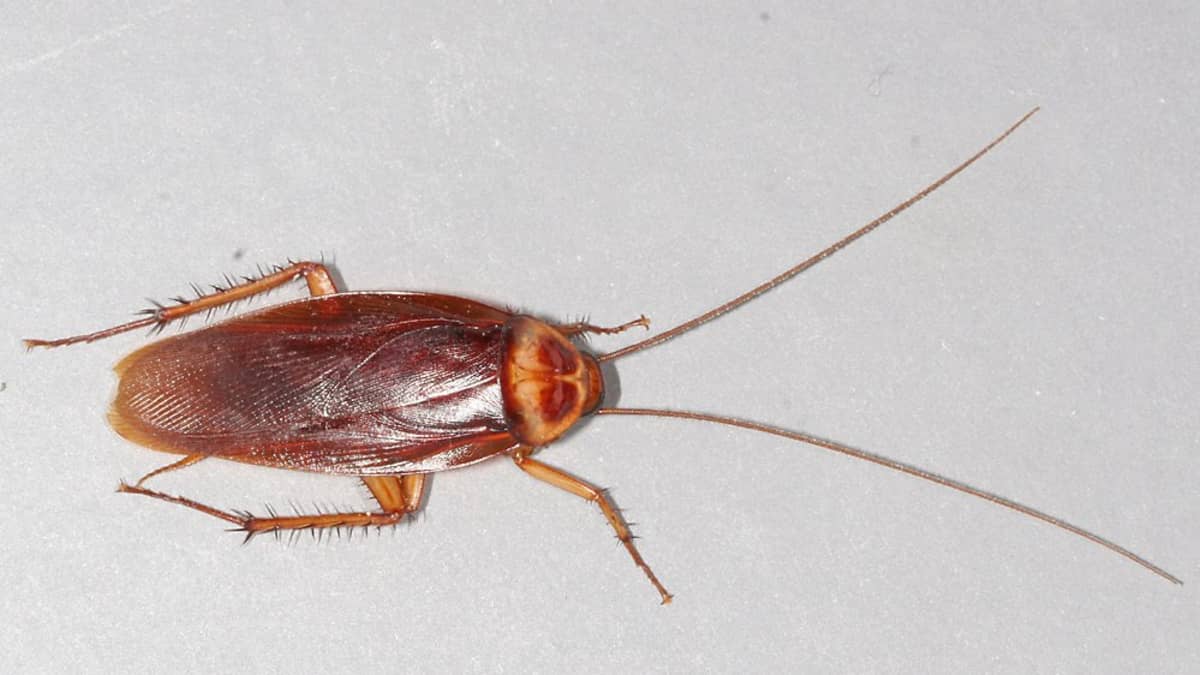 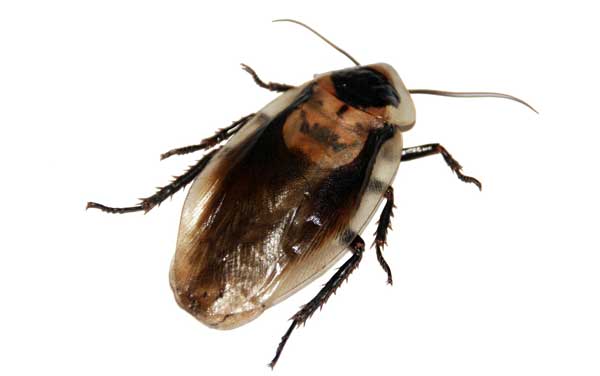 What Smells Do Roaches Hate